Therapy for Trauma and Abuse

“The world breaks everyone, and afterward, some are strong at the broken places.” — Earnest Hemingway

Psychological trauma is a normal response to an abnormal event. It can result from any experience which overwhelms the individual’s coping mechanisms and floods him or her with unbearable anxiety. Trauma can occur at any point in childhood or adulthood. It can result from a single life threatening event, such as an assault, natural disaster or accident, or from witnessing such an event. It can also occur in response to repetitive overwhelming experiences, such as physical or sexual abuse, repeated losses, or invasive treatments for illness. Finally, trauma can result from emotional abuse or neglect, including exploitation, bullying, child neglect, scapegoating or other overwhelming mistreatment by others.

The Effects of Trauma

Whether long past or recent, traumatic experiences overload our brains, leaving unprocessed feelings that result in symptoms such as anxiety, intrusive images, flashbacks, numbness or overwhelming emotions and causing repetitive difficulties in relationships and employment. Traumatic memories can become buried in the unconscious, only to be triggered later by incidents such as anniversary dates, similar words, actions, looks, sounds, or feelings.

When traumatic memories are triggered, we may find ourselves responding in old stuck patterns, whether or not we consciously remember what caused those patterns. Survivors of trauma may have trouble finding words for our experiences, especially if the trauma was suffered at the hands of a childhood caretaker. All these difficulties prevent us from living fully in the present

My Approach to Therapy for Trauma

My approach to working with trauma draws upon immediate counseling strategies to reduce distressing symptoms as well as depth psychological methods to promote lasting healing and growth. Depth approaches are rooted in the development of a trustworthy and empathic therapeutic alliance, providing a “right brain to right brain” way of working with trauma that is gaining increasing support by neuroscience research. This type of therapy is especially helpful for healing the effects of trauma when previous, less intensive therapy has not been effective enough.

In addition to reducing the disabling effects of trauma, depth approaches aim at transforming problematic blocks and patterns that prevent us from living our full creative potential. Thus the goal of trauma treatment is not just the removal of troubling symptoms but also regaining parts of our personality that were lost to trauma and reclaiming a vital and authentic life. The aim is not just to survive but to thrive.

In recent years, the theories of C.G. Jung have been applied to better understand how the unconscious psyche responds to traumatic experiences. Most notable in this field is the work of Jungian analyst Donald Kalsched. Drawing upon Jung’s theory of archetypes, Dr. Kalsched describes a process in which the traumatized person develops an unconscious self-persecutory defense system. This is an inner saboteur that directs the rage and shame generated by trauma back onto vulnerable aspects of the self, keeping the person imprisoned in an inner repetition of the trauma cycle.

This process is often visible in dreams depicting a persecutory figure attacking a vulnerable child or animal, in a symbolic re-enactment of the emotional experience which the individual suffered during the trauma. Kalsched compares this process to a psychological auto-immune system which internalizes the trauma in order to prevent its recurrence, but at the cost of a persecutory inner world.

Through the safety experienced in the relationship between the analyst and patient, along with the close attention given to the creative and self-healing forces in the psyche, the individual can find an opportunity for renewed contact with lost or buried aspects of the self. This brings possibilities for the reclamation of a full spectrum feeling life, as well as renewed contact with creativity and relatedness.

During my training as a Jungian analyst, I was fortunate to undergo two years of clinical training with Don Kalsched and I continue to utilize his approach in working with individuals seeking therapy for traumatic experiences.

To learn more about a Jungian approach to healing from trauma, read this interview with Jungian analyst Donald Kalsched, or visit Dr. Kalsched’s website.

To learn about the symptoms of Post-Traumatic Stress Disorder (PTSD), click here. 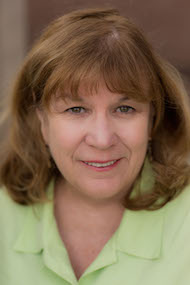